So you value animals over humans? Common questions asked by non-vegans, and how to answer them: Part 2

Be prepared for all the predictable questions as Clea Grady from Veganuary completes her second guide to answering everything that a non-vegan can ask. Don’t forget to check out part one here! 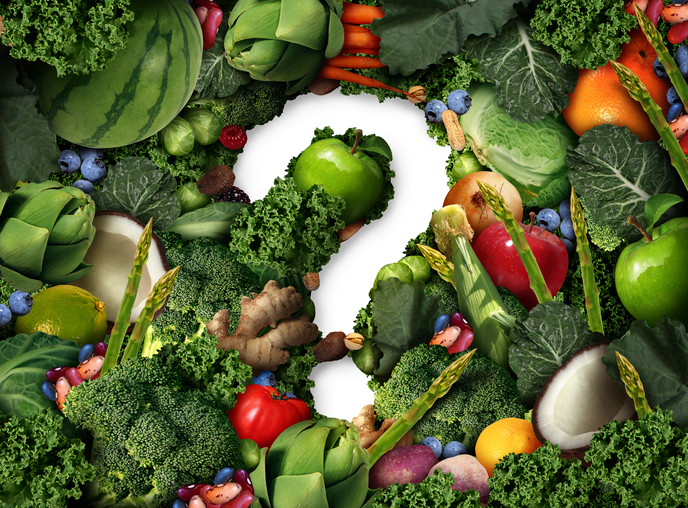 We’ve all been there – when someone doesn’t understand our choice to go vegan, they fire all the questions that come into their minds at us. And it can be hard to think of answers on the spot. Last issue we dealt with questions such as “But what do you eat?” and “what do you think these are for? (points at canine teeth)” and in part 2 we look at some more of the most common questions. Get ready to bring your friends and family around to your way of thinking once they’ve heard these honest answers!

Q: Are you feeling ill or weak yet?

Anyone who asks this question is likely to have a fairly one-sided view of what it means to be vegan. It can be easy, therefore, to fall into the trap of being overly defensive or responding in kind with a snide or flippant comment. Try and avoid that if you can (although I do realise it can be a hard one to face). Rather, view this as an opportunity to educate, even if only for a second or two, and inject some much-needed positivity into the conversation. Turning the tables away from yourself can also help here…

Q: Are you feeling ill or weak yet?

A: Not at all! I’m actually feeling more energetic than I have in ages. Sleeping better too, which is a major plus! In fact, more and more professional athletes are turning to plants to improve their performance. Did you know that Venus and Serena Williams adopt a completely vegan diet when they’re training and playing at top level? They see significant improvements in their game when they remove animals from their diet, and I’m beginning to understand why! (There are heaps of vegan people you can talk about here, from boxers to ultra-marathon runners to snooker players (!), so check out Veganuary.com/people and find an example of a vegan athlete who appeals to you.) 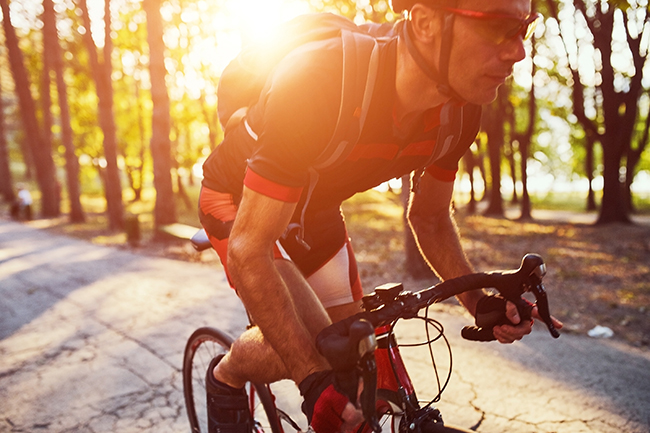 A: This is a strange one, as it’s often said about products like veggie burgers and sausages, and I don’t recall the last time I saw a burger running around! Most animal products humans consume are designed not to look like an animal at all. Burger patties, sliced meats, and sausage are a far cry from the cow or pig they once were. And even cuts of meat that more closely resemble flesh are often vacuum-packed, with little blood seeping out. (In meat production, hair is burned or scalded off, bodies are drained of blood, and the flesh cleaned, all to ensure a disconnection between the product and the someone that product was.) So when vegans are accused of hypocrisy for eating a veggie hot dog, my argument is that a hot dog is nothing like an animal. It may be ‘meat’ (what meat it is can be questionable), but that meat is flavoured and shaped out of all recognition! And we’re just eating plants flavoured and shaped the same way. If a veggie burger or hot dog helps someone transition to a cruelty-free way of life, then how is that a bad thing? BBQs, parties and festivals mean as much to vegans as non-vegans, and these are the foods we eat at them. Going vegan doesn’t mean giving up things you love, and with more companies offering plant-based options we don’t have to! 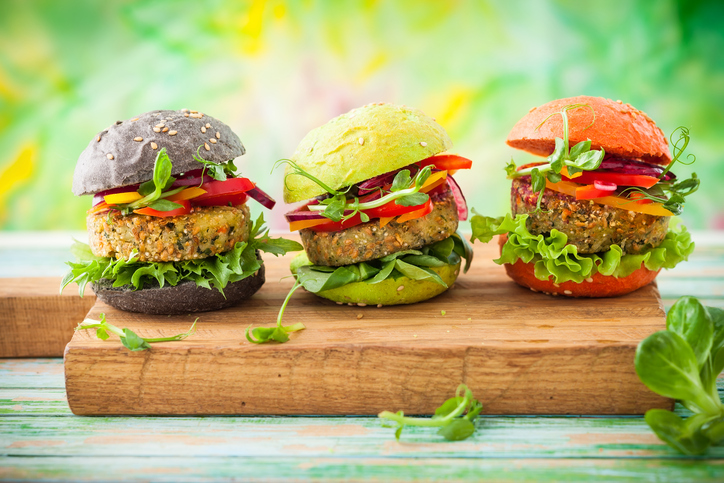 A: One of the great things about Veganuary is that it gives the veggie-curious the perfect answer: “One month. I’m taking part in a challenge called Veganuary and am interested to see how I find it.” This was exactly what it was like for me… I didn’t know if I 100% wanted to be vegan when I first started thinking about it. All I knew is that I wanted to know more about veganism and if it would work for me. Veganuary gave me that opportunity without having to make a sweeping declaration of lifelong intent to my family and friends, and that made trying it much easier. In that month, they learned about veganism alongside me and I don’t think it came as a surprise when I announced that I was going to stick with it. What I love about Veganuary is the opportunity to ‘dip your toe in’, to discover what cruelty-free living is all about, but without any pressure. Although January is only once a year, the Veganuary team doesn’t go anywhere for 11 months. Our daily support emails are permanently on Veganuary.com (type ‘support emails’ in the search box), so go vegan with Veganuary at any time and we will be there every step of the way to support you. 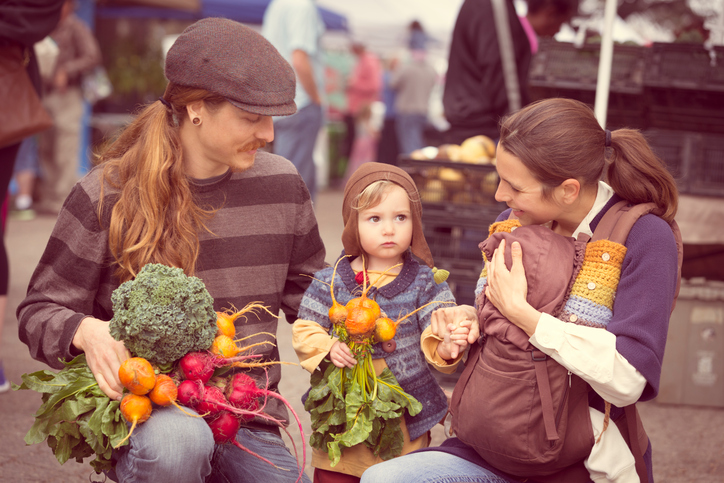 Q: Isn’t that a bit extreme?

A: I don’t think it’s extreme to want to live in a way that causes the least harm to anyone or anything. So that’s exactly what I say when I am asked this question. Short, sweet, and to the point. 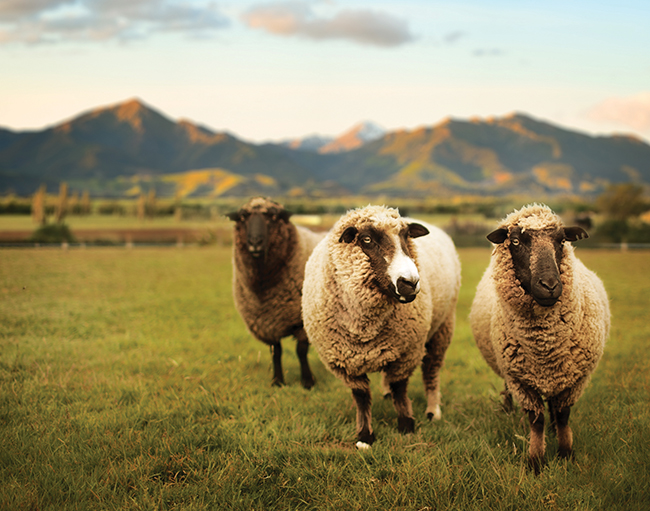 If I’m being completely honest, I actually find this question pretty offensive. The idea that caring about animals somehow means you’ve stopped caring about humans is truly ridiculous. Our ability to care is not finite. We possess enormous capacity for compassion, and that can extend in any direction we want it to, without sacrificing anything we feel towards our fellow man. Would we ever say the following to someone who shares their home with a companion animal, for example? “You share your home with a dog? Well you can’t care much about your children then.” Of course not. But this question is frequently asked to vegans, even though the only difference is that we’ve recognised the importance and sentience of all animals, not just some.

As this is a question asked so regularly, however, I think it’s important to have an answer up your sleeve. Because, despite its offensive nature, I think it has more potential than the other questions I’ve addressed for open and interesting dialogue. First we need to get to the root of what’s actually going on…

Why does saying you care about animals cause some people to say that we don’t care about our own species? Ultimately, I think it’s a defence mechanism. Being vegan challenges the status quo and in that sense we are making a statement against how others exist. This is why some non-vegans can become overtly defensive, because they believe we are casting judgement on them just by being. This is one of the reasons I am so committed to being kind, compassionate and understanding in all of our social encounters. Meeting aggression with aggression only ever encourages the building of higher defences and that, in turn, blocks any opportunity for real discourse. And if we don’t communicate effectively with non-vegans, then veganism will never, ever become a social norm.

Rather than view this question as an attack that you need to jump to your own (and every other vegan’s) defence, see it as an opportunity. It’s a chance to set the record straight and to educate a little. And that could lead to some interesting conversations! Here are a few ideas to get you started…

A: Being vegan is about equality, not superiority, and I believe that all life has value. No one needs to die in order for me to live and that feels good to me.

A: Far from it. In fact, it wasn’t for animals that I decided to go vegan, but for the future of our planet as a whole. Most people have no idea, but the raising and killing of animals for food is the leading cause of climate change. If we keep going the way we’re going, then there will be no world for humans to enjoy… let alone the animals.

A: Actually, since going vegan I’ve become more interested (and active) in all areas of social justice, and have a better understanding of human, as well as animal, rights. Everything is connected and how we currently live is completely unsustainable. Millions of people are starving in this world, for example, but we’re feeding food they could eat to the animals that we then kill in order to eat. Where’s the logic in that?