Climate change education in schools: Should it be mandatory?

Should climate change education in schools be mandatory? Charlotte Willis explores the role of youth and education in the climate debate

The world is getting warmer, the seas are rising, yet climate change education remains a non-essential subject. There is a gap in knowledge between young people today and the importance of our youth in making a U-turn on climate change.

The health of the environment around us is deteriorating, and it’s deteriorating pretty quickly. Despite rising summer temperatures, widespread global climate disasters, rising ocean levels, melting ice caps and global emissions of greenhouse gasses continually soaring, there still exist climate change naysayers, who refuse to acknowledge that the planet we call home is in need of serious, imminent action.

These naysayers do more than troll Greta Thunberg on Twitter. Some prominent government figures are also naysayers, who continue to vote on climate change policies on a global scale, despite being unlikely to witness the adverse effects of their non-committal statements and policies in the future.

The worst affected in the climate change disaster will be the youngest generations walking (or crawling) the Earth today.

Unfortunately, our children and grandchildren are likely to witness the aftermath of decades worth of climate neglect, and will ultimately become responsible for cleaning up after the disappointingly lackadaisical previous generations.

However, in order for these next generations to become the curators of change, they first need to learn about the issues they face, and this is where the problem of a knowledge gap in climate awareness and sustainability begins to factor into the future of our planet. 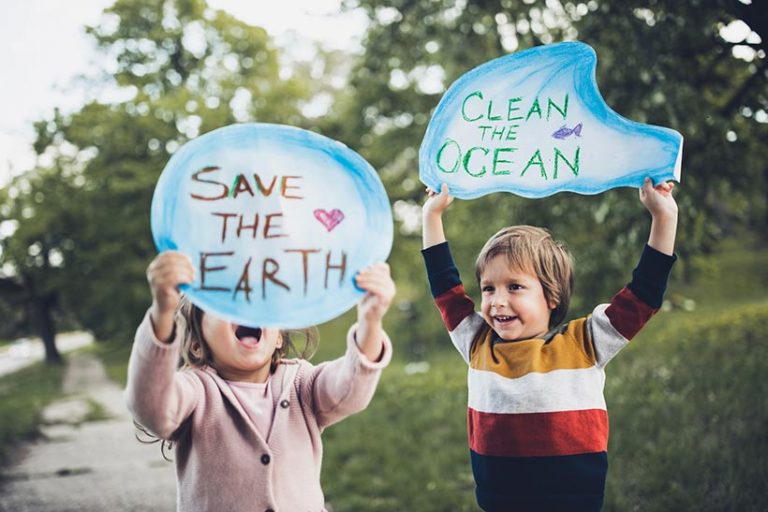 Despite the desperate need for an increase in awareness, climate education is not a mandatory subject in the majority of countries around the world.

Just let that sink in for a minute. A subject that is set to influence the future of humanity itself, which is of equal importance as the likes of algebra or literature, isn’t currently considered a priority for almost all countries around the world.

Italian student’s lessons in maths, science and geography are also being adapted since the introduction of their climatepositive education policy, to be studied from a more sustainable perspective. This allows students to adapt their core teachings within an eco-focused setting, and further future-proofs any chosen career they may wish to go into.

Unfortunately, Italy’s approach is very much the exception to the overarching rule. If our upcoming generations aren’t educated about the impending impacts of climate change, how are they supposed to ready themselves for the adaptation and implementation of positive societal change?

Schools are given the rather risky decision to either inform or ignore climate change. Lessons therefore have no detailed curriculum surrounding climate education, with the exception of an honorary mention to greenhouse gasses, plastic pollution and global temperature rise. (Funnily enough, there’s never any mention of dietary impacts upon the environment, but that’s a whole other argument.)

Luckily, some schools and colleges are filled with enthusiastic and forward-thinking teachers, who make it a priority to encourage sustainable practices such as recycling, composting and energy reduction.

These practices help instil a sense of environmental responsibility into younger people, which have a wonderful habit of rubbing off on fellow family members and relatives.

However, there will always be other institutions whose efforts fall decidedly short, and fail to help educate younger people about the importance of making a positive change. This could be described as a climate knowledge gap, with some young people being driven towards change, while others are left in the dark.

The result? We are building a generation that will be polarised, rather than united, in their approach to combating climate change. Not an ideal scenario, and quite a gamble in terms of education, seeing as the health of our planet is declining at such a rapid rate. 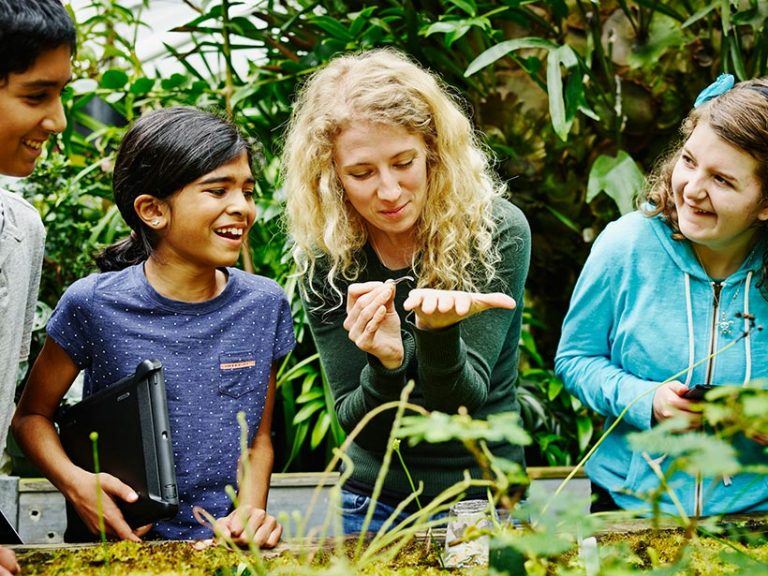 Combating this knowledge gap is an uprising of young people who aren’t waiting for Boris to make a statement or a stance. Tired of having to watch documentaries and TV shows, relying on family and friends for information, scrolling through Instagram and turning to good old-fashioned Google to actively educate themselves about the planet’s crisis, climate change groups and organisations around the world are uniting young people in their efforts to make an impact.

School Strike for Climate was possibly one of the largest youth-led climate movements across the world, with millions of students taking to the street to protest against their government’s stance on climate change across more than 214 countries. Youth climate advocates are grabbing the attention of governments and encouraging our youth to stand up and let their voices be heard.

Are these groups directly related to the need for mass education of the most vulnerable populations to climate disaster? Potentially so. Regardless, their efforts are of growing importance in shaping policy and determining the future of climate education for decades to come.

After all, if education is the passport to the future, then surely the future of the world as we know it depends upon climate positive and proactive innovation, driven by the minds of our youngest generations. It’s time we support them through adequate, effective education.

Will our kids be the ones that change the planet for the better? Find out here.