Choosing the right vegan milk for your favourite recipe

Vegans have a multitude of choices when creating recipes that contain milk. The grocery store shelves are lined with dozens of options. Chances are you won’t have any trouble deciding which choice to drink as a non-dairy milk, but what type do you use when you have to substitute cows milk in a recipe? You might think it doesn’t matter, but you would be wrong! Certain non-dairy milk work better in different recipes. Laura Staron from VeggieSecret shares her top tips to help you make the best choice for your recipe. 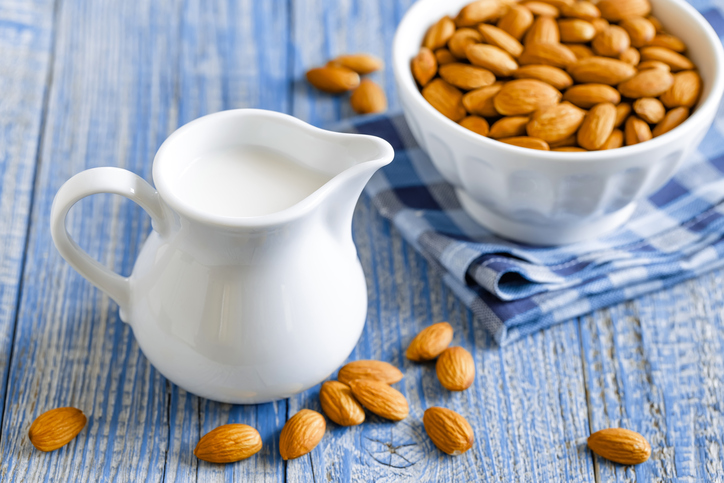 Many of the following choices come in two varieties: sweetened or unsweetened. There is no right or wrong option to purchase if you want to drink it from the glass. Sweetened is more than likely a better choice because of its taste, and it would work better in coffee.

However, you should steer away from buying sweetened milk if you plan to use it in savoury dishes. You will mess up the balance of flavours. Luckily, quite a few of these non-dairy milk are self-stable, so you can buy both varieties if you are unsure how you will use it!

Many consider soy mix the best milk alternative. Compared to cow’s milk, it has the highest levels of protein and unsaturated fat. It also has more antioxidants than cow’s milk. The texture is rich and creamy, so many people opt for soy milk as a drinking milk or over top of cereal.

When it comes to finding a substitute for milk in recipes, soy is also a fantastic choice. In most recipes, you can use it in place of cow’s milk without any noticeable difference. Soy milk stays stable when exposed to higher temperatures, so you could use it to create creamy sauces and savoury dishes. As, if you want to make vegan buttermilk for biscuits or other recipes, soy milk can be curdled with vinegar. Rich desserts work great with soy milk. Don’t shy away from recipes in fear that it won’t be as rich!

Coconut milk is gaining traction with vegans. However, there are two different choices. You will find cartons of coconut milk in the milk area right alongside almond milk. Coconut milk is a fantastic choice for drinking straight from the glass. It has that delicious flavour, so many people enjoy. You could add it to coffee, smoothies or put it right over top of your cereal.

Vegans can use coconut milk as a substitution in most recipes. The one thing to note is the coconut flavour. It is going to be there, so you will need to consider what recipe you are making. If you use it in brownies, for example, it might add a slight coconut flavour. You could use it in savoury dishes, especially if the herbs are strong enough to overpower the mild coconut taste that might remain.

If you search in the store, you could also find coconut milk in a can. You don’t want to try to drink this from the can! You won’t like what you find. Compared to coconut milk intended for beverages, the canned variety is very thick and creamy. It has a significant amount of fat, close to 48 grams along with 5 grams of protein. Most vegans use it in soups, stews, and sauces like a creamy Alfredo. You could also use it for pudding due to its natural thickness. 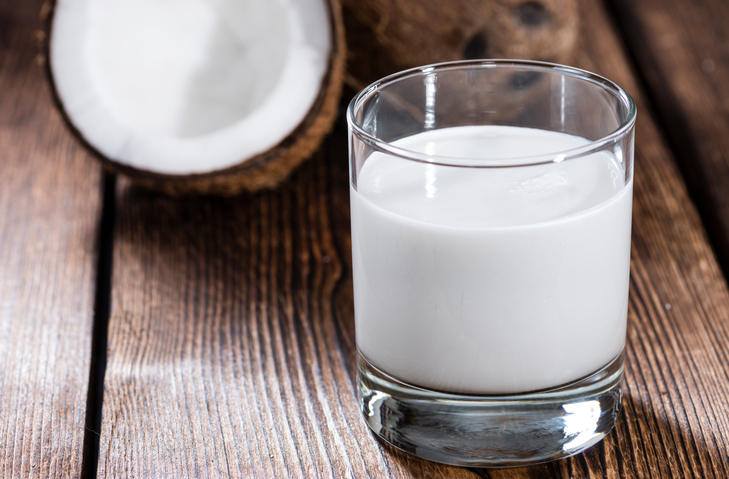 The second most popular choice for a milk substitute is almond milk. If you head to your local grocery store, you will be able to find a variety of flavours and brands of almond milk. The sweet, nutty flavour makes it an appealing choice as a drinking milk. Plus, it has a high amount of vitamins and nutrients, minus protein.

Vegans typically love almond milk. Even non-vegans find enjoyable ways to use it such as a substitute for creamer in coffee or in fruit smoothies. In recipes, you can use almond milk as an alternative. Because of its naturally sweet flavour, most people agree it works better in sweeter dishes. However, there is no reason why you can’t give it a try in a savoury dish! You might like the flavour. Best of all, you could make your own almond milk if you so wanted!

Another option for a nut milk is cashew milk! It is very similar to almond milk, and it lacks protein. However, it does produce a substantial source of fat. While cashew milk is a good choice, most people opt not to use it for straight drinking.

The great thing about cashew milk is its creaminess. You could add it to coffee for that yummy texture so many people love. You can use cashew milk as a substitute for cooking and baking. The flavour isn’t as sweet as almond milk. You may have more success using it in savoury dishes than almond milk. However, all nut milks can be used in sweet dishes like desserts or smoothies. You have to try to make a homemade Alfredo sauce with it!

A newer non-dairy milk on the market is oat milk, made from pre-soaked oat. The hulled grains break into fragments. One of the large differences between oat milk and nut milk is the level of protein. A single cup of oat milk contains five grams of protein, along with fat and fibre. If you are looking for an additional source of protein, drink oat milk straight from the glass. Many people enjoy its flavour which is sweet and mild, far from overwhelming!

Oat milk works well as a substitute in many different recipes. You might think of it like a low-fat cow’s milk, so if you want a really creamy milk, this isn’t for you. It wouldn’t make the best pudding or whipped cream, but you could use it in sweet and savoury dishes. However, the sweet flavour is perfect for baked goods and desserts. Another option is light, creamy soups! You don’t want to use it in anything that needs milk to thicken the recipe. 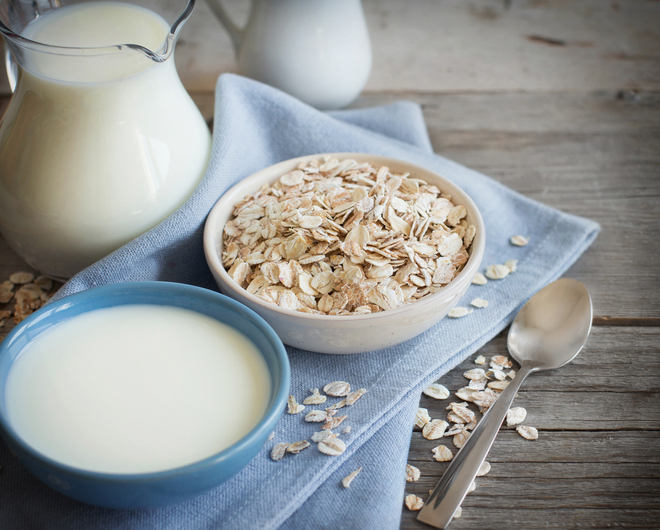 If you want another non-dairy milk that is high in protein, look for further than hemp milk! Each cup contains five grams of protein. Plus, it contains the recommended amount of omega-3 fats! It is an impressively healthy choice!

However, using hemp milk as a substitute in recipes proves to be a bit more challenging. It is naturally thick and creamy. The higher protein content makes it a contender for baked dishes. Most vegans do agree that hemp milk is best saved for savoury dishes. The taste is strong, and it could overpower desserts or sweet dishes. If you put it in a casserole, no one would be the wiser!

You are probably wondering how in the world they get milk from rice. Manufacturers blend together boiled rice with water and add sweetener. Compared to coconut or almond milk, rice milk is much thinner. It has only a few grams of fat and protein.

Rice milk is an excellent option for coffee or cereal because the flavour is similar to cow’s milk. It has a sweet taste, so most people find it works very well in desserts. The thinness works well in soups and some sauces, but it isn’t necessarily a great choice for savoury dishes. Chances are you will overpower your dish with its sweetness. Sticking to dessert is the smartest move when it comes to rice milk. Baking is also difficult with rice milk because of its thinness. You will need to find a way to thicken it without adding lumps. Cornstarch or flour could work for thickening if done correctly.

The last choice for a non-dairy milk substitute is flax milk, created from cold-pressed flax oil mixed with water. It is not a source of fibre and only contains small amounts of fat. The one essential vitamin in flax milk is a lot of omega-3 fats!

You can purchase flax milk in sweetened and unsweetened dishes. Sweetened flax milk works well in coffee or over cereal, or simply in a glass to dip some yummy cookies. When using it is a substitute in recipes, you could use it in sweet and savory dishes. The milk is thin and smooth, so it won’t work well to create a creaminess texture. Pancakes, muffins, or soups would work well with flax milk.

Vegans don’t have to settle on just one! Soy, almond and coconut milk are the three most popular choices as a substitute for milk in recipes. When you are making your selection, consider the dish you are creating. Do you need to make something creamy, or can it be thin? Is protein a factor in the recipe, such as with baked goods, or is the milk for flavour or thinning? One of the several options listed above will serve well. Chances are your non-vegan friends won’t even know the difference! 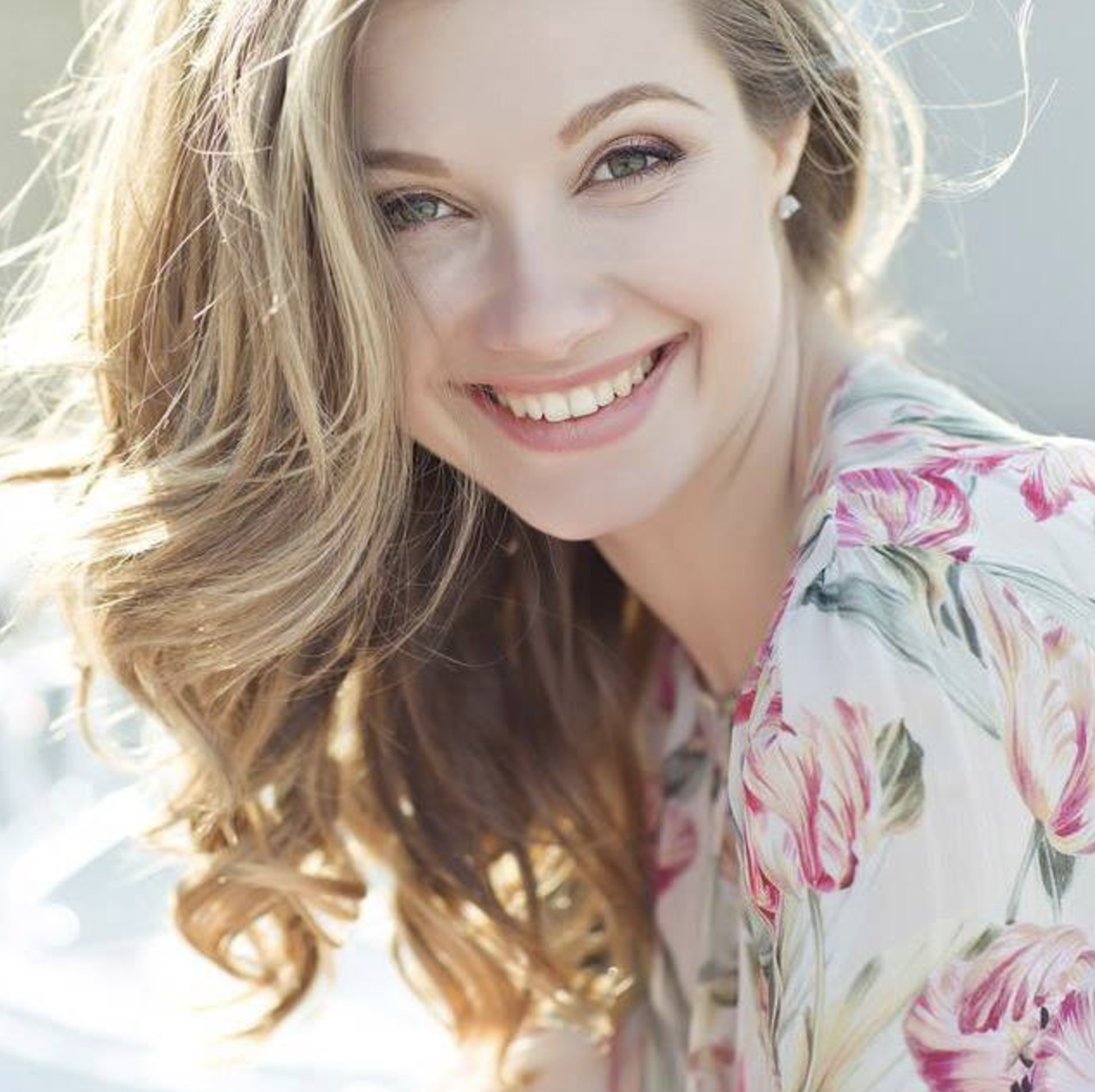 Laura Staron is a food lover and nutrition enthusiast. She is making it her mission to share her knowledge and passion for a vegan, plant-based diet. All natural, wholesome foods have brought so much goodness into her life, and she’s passionate about showing others that it can do the same for them too. She shares recipes and information over at www.veggiesecret.com, and you can also find her on Facebook and Twitter.