Can vegans use animal manure? We explore both sides of the debate

Manure is supposed to make your crops become bigger and stronger, but it comes from an animal, so can vegans use animal manure? We explore both sides of the debate

This isn’t quite as contentious a debate as some in the vegan sphere, but it’s an important one for vegan gardeners. Can vegans use animal manure?

Here we look at all angles that can be considered. We’re not advocating for one or the other, just trying to bring you both sides of the argument so you can make up your own mind once you have all the facts.

Using by-products of animal agriculture and factory farming gives more reason for those practices and industries to exist. Using any by-products of the industry can support the arguments for its continued existence.

In some cases, animal manure can be contaminated or adulterated with other animal products – such as bone, blood, wool, or feathers.

None of those would be acceptable to a vegan diet, therefore manure should not be used by vegans or to grow food that vegans eat.

A University of Minnesota study from 2007 showed that certain crops were found to have accumulated antibiotics because the soil they were grown in was spread with animal manure that contained these antibiotics.

Nobody, vegan or otherwise, should be consuming food laced with antibiotics.

Removing yourself from animal cruelty

In the same way that vegans avoid certain beers and wines because they use isinglass finings (the swim bladders of fish), vegans should also avoid products grown using manure.

Neither manure nor isinglass will really be present in the end products, but it’s not just about refusing to consume animal products, it’s also about trying to remove yourself from any related practices as far as possible.

There are non-animal manures and ways to enrich the soil that are just as useful – if not more so.

We could use green manures where crops are grown specifically to be ploughed back into the soil for enrichment.

You can use clover, or seaweed, or even hops left over from growing beer.

All of these increase the fertility of soil by adding nutrients, and no animals have been harmed in their making. 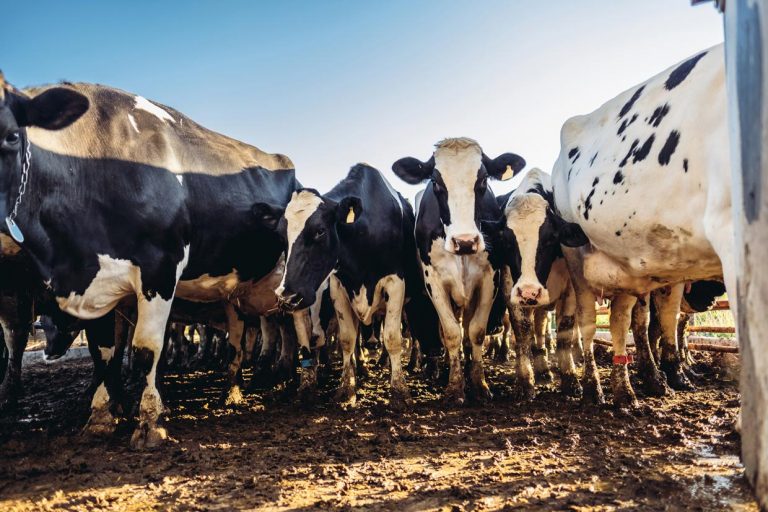 Manure is a bi-product of animal agriculture, so should vegans use animal manure? Image © FOTOGRAFIA INC/Getty Images

It’s not as if somebody is farming animals exclusively for the spoils of their bowel movements, and then killing them for meat like we do with milk and dairy cows.

Manure is just animal excrement, those animals are not farmed so we can get their droppings to use for our benefit.

Using manure is getting rid of animal waste products, it actively helps reduce the negative impact of animal agriculture.

Animal droppings are a by-product of animal agriculture and keeping animals, and by using it as manure we’re enriching soil and using up waste in a practical way.

What would we do with animal faeces if we didn’t use it for manure? Where would we put it?

To say you’re against it would surely mean you’d have to trace the source of all the plant-based food you ever eaten to know whether or not manure was used to grow it. How can people realistically do that every time they eat?

Being vegan is about avoiding animal products as far as is safe and practical – trying to avoid any fruit, vegetables, or plant-based food that may have been grown using animal manure is far from practical for almost everyone.

Vegetables and fruits are washed before consumption; therefore there are technically no animal products left to consume by that point. So even items grown with manure are still vegan anyway.

For many vegans, the environmental aspect is a big consideration. Supporting the use of it is an environmentally positive thing to do because it reduces waste by giving it a use.

For vegans who adopt the lifestyle for ethical or moral reasons, refusing to acknowledge the positive impact of using animal manure is just blindly sticking to a list of rules without considering their real-world implications.

So, can vegans use animal manure? We’ve presented you with two sides of the argument, but what do you think? It’s time to make up your own mind about what’s right for you.

What are your views on other vegan debates? Is horse riding vegan in your opinion?