Are oranges and lemons vegan? How to pick truly vegan fruit at the supermarket

Not all oranges, lemons or limes are vegan. Here’s why and what to look out for when choosing fruit as a vegan.

Some of its oranges, lemons and limes have beeswax and potentially shellac applied to them after they’ve been harvested meaning they are not vegan.

A natural wax produced by honey bees, beeswax is used in the construction of hives and being an animal byproduct is not considered vegan. To add to the confusion shellac is also often added to biological fruit wax.

Shellac is a resin secreted by female lac bugs and has been used in everything from gramophone records to nail varnish. It is not vegan, though.

It takes hundreds of thousands of lac bugs to create one kilogram of shellac and unprocessed shellac can consist of up to 25% insect debris, although food-grade shellac contains almost no pieces of insects.

Still, that means a lot of bugs are killed or harmed in the creation of shellac.

Of course, if you only use the juice or flesh of lemons and oranges then that remains vegan, however, many vegans will still not be on board with the idea that beeswax or shellac has been used on them.

If you use the zest for a tasty vegan lemon drizzle cake or a decadent vegan chocolate orange tart then you need to choose fruit that has not been coated in an animal byproduct. 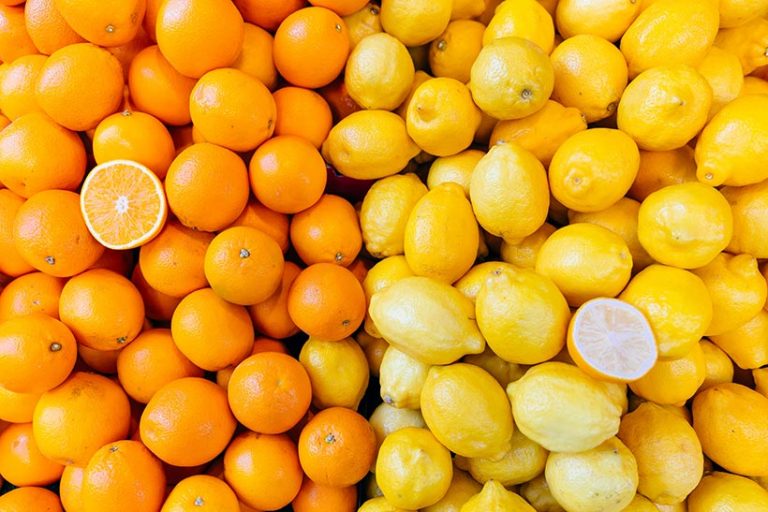 Some fruits such as oranges, lemons and limes are coated with beeswax or shellac which means many vegans will avoid them. Image credit: Alexander Spatari via Getty Images.

How to choose vegan oranges and lemons

If you’re at a supermarket the clearest and easiest way of ensuring the fruits you buy are vegan is to opt for one clearly marked as unwaxed or organic.

Often the two go hand in hand and some supermarkets only offer organic unwaxed lemons.

While you can find unwaxed lemons for roughly the same price as waxed lemons if you look around enough, organic lemons tend to cost a lot more.

Many of the above where in bags of multiple lemons so we averaged this all down price per lemon.

Identifying unwaxed fruit at a market or greengrocer can be harder. If the stall-holder isn’t sure then check to see if the oranges and lemons have a telltale shine.

Unwaxed lemons don’t shine under light, they will absorb it and look more matt. On the other hand, citrus that has been coated in beeswax or shellac will reflect light more and appear shinier.

If you have already bought waxed lemons you can either give them to a non-vegan friend or try and get as much of the wax off as possible. Do this by scrubbing the fruit under a running tap with a clean sponge or cloth.

Do not use soap or other cleaning products as these contain chemicals that remain on the skin of the fruit and make you sick when you eat them. 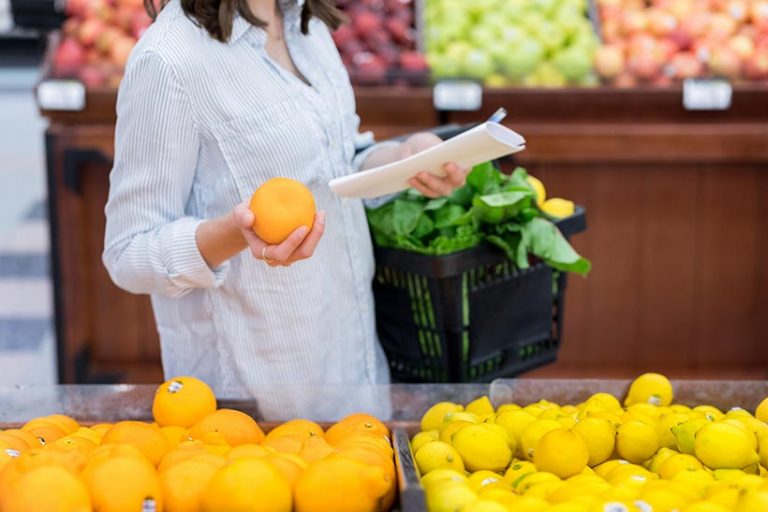 The easiest way to make sure the fruits you buy at the supermarket are vegan is to choose ones that are clearly marked as unwaxed or organic. Image credit: SDI Productions via Getty Images

Why are beeswax and shellac added to oranges and lemons?

There are two main reasons why citrus fruits like oranges, lemons, grapefruit and limes are coated in non-vegan beeswax or shellac. The first is quite understandable – it helps keep the fruit from spoiling as quickly when being transported or waiting to be bought on shelves.

Coating fruit in wax slows down water loss and helps them survive shipping.

The second is much less necessary. The wax provides the shine and gleam that consumers tend to prefer. While the shine might look nice it, unfortunately, means that those oranges and lemons are likely not appropriate for a vegan diet so choose duller-looking fruit.

There’s a lot of debate when it comes to vegans and honey. Here’s the truth about why honey isn’t vegan.