6 Ways to Encourage Vegan Living Without Being Pushy

Do you want to learn how to promote veganism in the right way? Whether you’re new to the vegan lifestyle and ready to spread the good word to everyone you know, or you’ve been in the game for a while, it’s no wonder why you want to get all your friends and loved ones on board with your vegan ways.

When you do talk up veganism to friends and family, you’ll likely get a few interested people, a few who are indifferent and of course a fair few aggressors.

Perhaps you’ve fallen into the “preachy vegan” stereotype a time or two. You probably don’t need to be told this, but people don’t tend to react well to accusatory arguments — and even more importantly, they don’t usually work. People get defensive. They don’t like feeling as though their whole lifestyle is suddenly unhealthy and immoral.

Approaching situations gently and with kindness doesn’t just save face. After a while, you’ll notice it works much better than aggression.

Does this mean that killing with kindness will turn all of your loved ones vegan overnight? No. But what it may do is open people up to little changes.

There are a few tips and tricks you can use to slyly encourage veganism to those in your life, and you may find they’re much easier than pushing the same stats over and over again.

You’re probably a master of your favourite delicious recipes by now. What if all you had to do was share the love? One of the best ways to show your loved ones how great a vegan diet can truly be is to actually show them firsthand.

Make your most decadent vegan macaroni and cheese or whip up a batch of gooey vegan chocolate chip cookies and put them to work.

You can tell people that vegan food tastes delicious all you want, but there’s something different about showing them with delectable evidence.

Making vegan food for friends and loved ones is the perfect way to get them on your side. There’s nothing pushy about a yummy act of service, and yet, it often seems to do the trick. 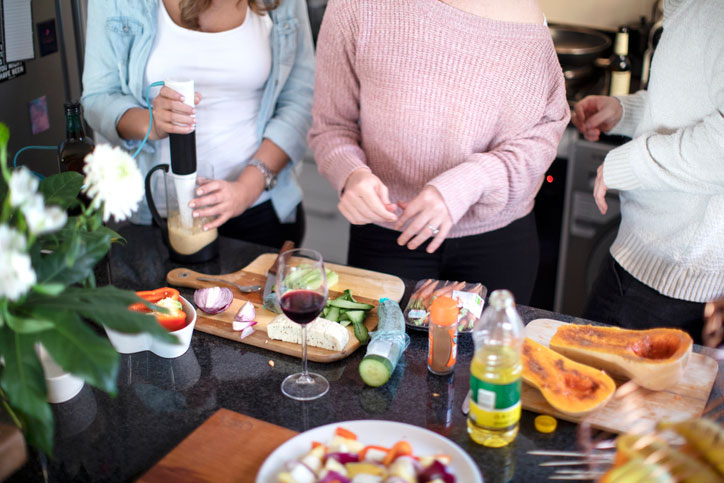 Have you ever heard the phrase “show, don’t tell?” Because that’s often what must be done when it comes to bringing veganism around friends and family.

Eat your delicious vegan snacks, talk about how you feel your best and represent the vegan identity with pride. If you’re fitter, happier and feel better than ever before, chances are people will come to you about it.

Veganism is a part of the larger picture of a healthy lifestyle. And when people see you looking brighter, enjoying your fitness life and feeling happier, they’ll want to know all about your vegan journey.

3. Engage in Important Conversations With Kindness

Just like there will be people who won’t make a peep, there will be others who ask for your take on everything. It can be easy to feel like uninformed questions and constant curiosity are nothing more than scepticism, but that’s not always the case.

Often, people are intrigued, and while it would be easier to tell them to Google the basics, having a face to face chat with someone they know can be a lot less intimidating.

Remember how you felt when you first became interested in leading a plant-based lifestyle.

When someone is asking you questions and starting conversations — even if they are sceptical — you have an opportunity to engage with them. Scepticism is not the same as hostility. When you approach these important moments with compassion, people will be more likely to hear you. 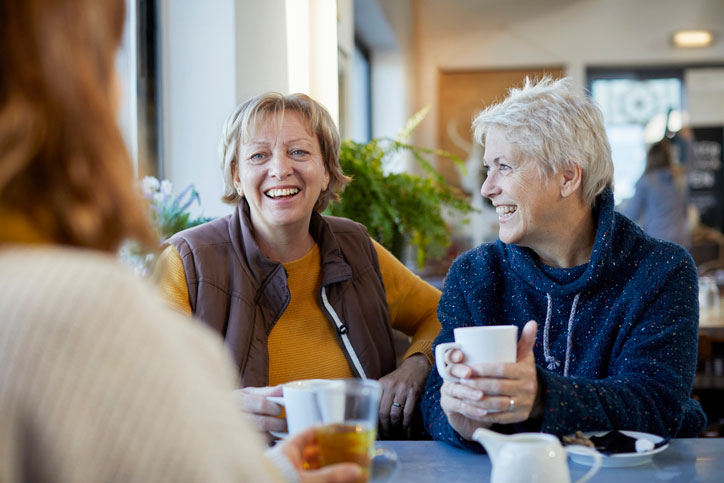 Whether it’s Christmas dinner or the annual family barbecue, expecting there to be vegan options — even if you just count on sides — isn’t always the best idea.

While, yes, it’s common courtesy for people to feed their guests, and it would be polite for the host to consider your needs, there are plenty of people who think vegan food is too foreign and that you’re being a nuisance simply for having dietary restrictions.

Don’t add fuel to the fire for these people. Instead, be a bright shining light of kindness.

You should probably never expect that there will be vegan options unless someone has specifically told you so. However, if you know that you’re entering a danger zone of judgmental family or sceptical friends, bring your own dish — and bring enough to go around.

That way, you’re not only bringing your own food, but you’re contributing to the gathering and proving that a vegan dish can be as delicious as whatever they’re serving. 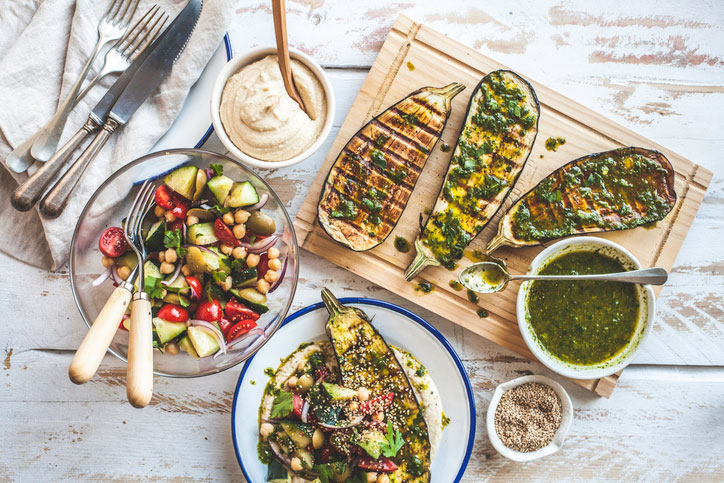 5. Be Short and Sweet

Often, people who ask about your reason for going vegan or what you usually eat in a day don’t do so with the intention of listening to an hour-long testimonial or watching your personal pick of documentary films.

It’s best to have an elevator pitch for your vegan lifestyle — explaining it succinctly and cheerfully. Perhaps when people hear it, they’ll take the bait and ask for more.

While scepticism can foster dialogue, there will be people out there who are hostile. They won’t inquire lovingly, “Where do you get your protein?” so much as they will yell, “There is no way you get enough protein!”

Yes, you want to fight the good fight. But sometimes arguing will only confirm biases that people think to be true of the vegan community. They want you to yell and get fired up so they can call you pushy. To that, you can walk away and eat your food in peace.

Plant-based living is a joy to so many, and there are people walking around in the world who live true to the carnivore way who will one day chow down on kale and broccoli right beside you.

Maybe they’re already in your life! When you treat them with kindness, they might just come running to the green side.